Readers in the United Kingdom don’t need me to tell them that arguments about leaving the European Union have been raging for more than three years and don’t seem to be resolved yet.

Many people who voted to leave the EU (it seemed to me) wanted to return to sometime in the past when in their eyes the world was a less complicated place. Maybe the 1930s where everybody knew their place in the world and discipline was much tighter than it is today.

That set me thinking. What if, after the exit from the EU, we did start to turn the clock back. In my imagination, corporal punishment was reintroduced into schools. This proved such a success with parents that it was soon extended to include other young people, such as university and college students and workplace apprentices. Before long any person under the age of thirty could be subjected to the cane or the birch (or any other CP implement of choice).

So, was born the series of stories that I called “Changed Times.” I have brought them all together here for those who may not have seen them before. I enjoyed writing them, but the stories and sentiments expressed are fiction and I am not asking you to join me in forming a new political party.

Click on the titles and I hope you enjoy reading them.

1: A glimpse into the near future

This story sets up the series and follows Kenny on his first day at college as an apprentice to Global Petroleum.

“Sterling fumbled with the three buttons on his company blazer. He visibly trembled as he slipped the jacket over his shoulders and pulled his arms through the sleeves. Then, without waiting for instructions, he dropped the blazer onto the top of the desk.

“Kenny and his fellow new recruits could see Sterling’s face. It was deathly pale and bathed in sweat. A moustache of moisture clung to the young man’s upper lip.

‘“Lower your trousers and underpants.”’

The new laws affect all aspects of society.

“Mr Scroggins was the “punishment officer” for the Neighbourhood Watch. It was a title he chose for himself. It wasn’t official; he wasn’t paid a salary. He didn’t want paying, he was glad to perform his civic duty.

“The Neighbourhood Watch had been formed in the words of its members, ‘to take back the streets.’ The Avenue was in a prosperous middle-class suburb.

“They had a ‘punishment room’ at the community hall. It was a plain functional room; windowless and lit by a single overhead light. It was quite small, but big enough for its purpose. It contained a small whipping horse which enabled the wrists, ankles and knees of the youth to be secured with straps. The horse itself had once been in the gymnasium of a local school. It had been lowered and modified so that when a young man was properly mounted and helpless the padded upper surface was quite comfortable.”

Of course, the police play a large part in the new social control.

‘“Lift him up. On the table,” Reid dragged the prisoner by the arm and hauled him so that his whole body was forced onto the cold laminated top. Each arm and leg was gripped by a police officer.

‘“Good work, lads. Good work.” Sgt. Gould had returned. In his hand he held a heavy leather strap with a wooden handle at one end.

‘“A prison strap,” he waved it in the air. “They used them in Canada. Apparently.” He swiped it some more. The prisoner could not see it. He was held tightly face-down on the table. Reid’s left hand pressed his head into the hard surface.”

We return to Global Petroleum.

“Mr Hodgson took his new role as Global Petroleum’s local Discipline Officer very seriously. He had attended, in his own time, a weekend course in ‘Applying Discipline in the Modern Age.’ He learnt all about the new punishment laws; about the duties of the employers and the responsibilities of the young apprentices.

“He learnt the theory; but also the practice. The workshop participants spent an afternoon acquiring caning techniques. Who would have thought it was difficult? Mr Hodgson had supposed the young man would submissively offer him his buttocks and Mr Hodgson would whack them with a cane.” 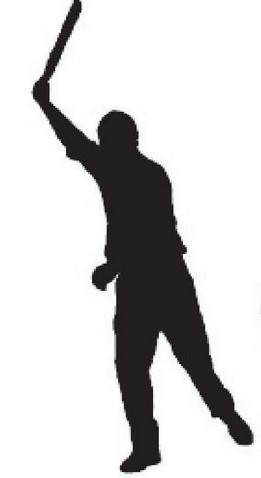 Emboldened by the new laws, fathers were reintroducing discipline into their own homes.

“Downstairs in the living room Mr Nightingale flexed a thick rattan cane thoughtfully in his hands. He had never held such a thing until the day he bought it in the local market. A stall specialised in all kinds of spanking instruments. It did a roaring trade in school canes and paddles. Mr Nightingale picked up a large scatter cushion and balanced it over the back of an armchair. Then, he positioned himself an arm’s length to its side. The cushion was more or less where George’s backside would be in about ten minutes’ time. Mr Nightingale rubbed the cane across the cushion, raised his arm high and brought the whippy rod crashing down. A line indented across the centre of the polyester-filled cushion.”

The title of this story speaks for itself.

‘“Stand by everybody,” the television director whispered in his mouthpiece. ‘We’re live in twenty seconds.’ Sweat glistened on his top lip. His heartbeat raced. He couldn’t understand why. He had done countless live broadcasts in his time. But, none quite like this.

“The twenty-two-year-old prisoner heaved his body this way and that. It did no good. He was going nowhere. His wrists were secured by plastic ties. His legs were roped to the frame.

“The director breathed deeply. He knew his show would get record ratings. The first-ever broadcast of a youth flogging. The pubic had been clamouring for it. They wanted to see the thugs suffer. They demanded all of it. The screams. The blood. The works. And, live on TV. Beamed by satellite into their homes.”

Soon everyone was getting in on the act. A pub landlord takes control after a group of lads get rowdy and smash up chairs.

“I remember my hands shook so much I couldn’t get my belt buckle to open. I had never been naked in front of a man before. I must have been fourteen the last time I had stripped off for PE lessons at school. I was as terrified of being seen naked – and lacking in the you-know-where department – in front of my pals.

“Somehow, I managed to loosen my jeans and they fell to my knees and I left them there while I tugged my tee-shirt over my head. Tony and Bill were even slower undressing then me. At last we stood in our underwear and socks. Mortified.”

Just another day, in just another office. It could be anywhere across the UK. Three twenty-something workers face the consequences of not taking a training workshop seriously.

“Rowe stared at the cane in his boss’s hand. ‘But we already got dealt with by Mr. Richardson.’

‘“Be quite! I don’t care about Mr. Richardson.’

“Rowe blushed. It wasn’t fair. The workshop facilitator had already spanked them. Twenty-three years old and bent over Mr. Richardson’s knee, trousers at his ankles, underpants at his knees while the old man hammered a heavy wooden ruler into his bared buttocks. Could you imagine such a thing?

Another workplace whacking. What happens if you consistently turn up late for work?

“My legs felt like they were made of lead as I trudged out of the portable office and into the yard. The moment I was outside everything stopped and my workmates gathered around to see the fun. Some of the older ones had huge grins; they were going to enjoy the sport – me, bare-arsed across the truck. Sandy and Jake, two lads about my age, were deathly pale. They knew that it could be one of them next.

“It was a late spring morning and quite warm, but I couldn’t stop shivering. I’d never been spanked before.”

I have also written other “futuristic” stories along the lines of Changed Times. You can read some of them here

We need to talk about Jake