I was on the bus the other day and there were two young men sitting behind me and one said a little loudly, “He gave him a right caning!” Naturally, my ears pricked up at this. Intrigued, I very casually turned my head to see who had spoken. They were two students. I could tell because they had ID cards hanging round their necks. They got off at the next stop leaving me bemused. He gave him a right caning: did that mean what I hoped it meant?

It continued to puzzle me and later in the day when I saw my grandson Richie who is also a student I asked him what it might have meant. He gave me that look he always gives when I have demonstrated how out of touch I am with the modern world. “Where have you been these last years?” he asked good humouredly and when I continued to look blank he told me that they had introduced corporal punishment in colleges and universities two years ago. This was after they brought back the cane in schools. Apparently, that solved a lot of the discipline problems that had been plaguing teachers for decades.

It didn’t seem to be a big deal to Richie. He told me that he and two pals had themselves been caned last semester. They got back to the halls of residence late after they had been to some club. They had to report to the office of the Dean of Discipline next morning. There were a few other students standing in line waiting their turn. He told me all about it. He wasn’t the least embarrassed.

He said the room wasn’t really an office. There was a table pushed up against one wall and some empty shelves along another, but mainly there was just an ordinary armchair stuck in the middle. It was one of those with a low back and wooden arms that you sometimes see in reception areas of big offices. The whole thing was done with little ceremony. Apparently, the Dean of Discipline reads out from a charge sheet; a bit like in the Army I imagine. So, it went something like, “You missed curfew and returned back inebriated.” Richie had to agree this was so and then sign a paper saying he consented to be punished. He’s over eighteen, so legally an adult so he can do this.

The Dean of Discipline is permitted to give up to twelve strokes of the cane. It has to be on the seat of the trousers, but apparently they are thinking of changing this so in future you could get it on the underpants or even on the bare. Blimey! Imagine that.

Once the legal document was signed, they just got on with it. Richie said, “There was a tall vase thing in the corner of the room with about six or seven canes standing in it. He’s a bit of a sod because he takes his time deciding which one to use. He took one out, studied it carefully and he swished it about a bit. Then he decided that wasn’t good enough and he took another one and did the same with that. I don’t know why he bothered,” Richie laughed, “He had used them all often enough, they were all his old friends.”

I didn’t tell him that the Dean of Discipline was trying to intimidate him; to make him fearful of what was about to happen. I have to say judging by the way Richie was opening up to me about his caning he wasn’t the least worried. But who knows, at the time he might have been bricking it.

It seems this Dean of Discipline is an older man, gone to seed a little with his belly hanging over his belt and his suit jacket straining over his shoulders. He was very formal. “In the end he got the stick he wanted. It was less than a metre long and looked quite stout, but when he flexed it between his hands it was very whippy. He swished it a couple of times and then he said, ‘Bend over that chair.’ I’d never been done before but plenty of others had so I had a good idea of what was going to happen.” 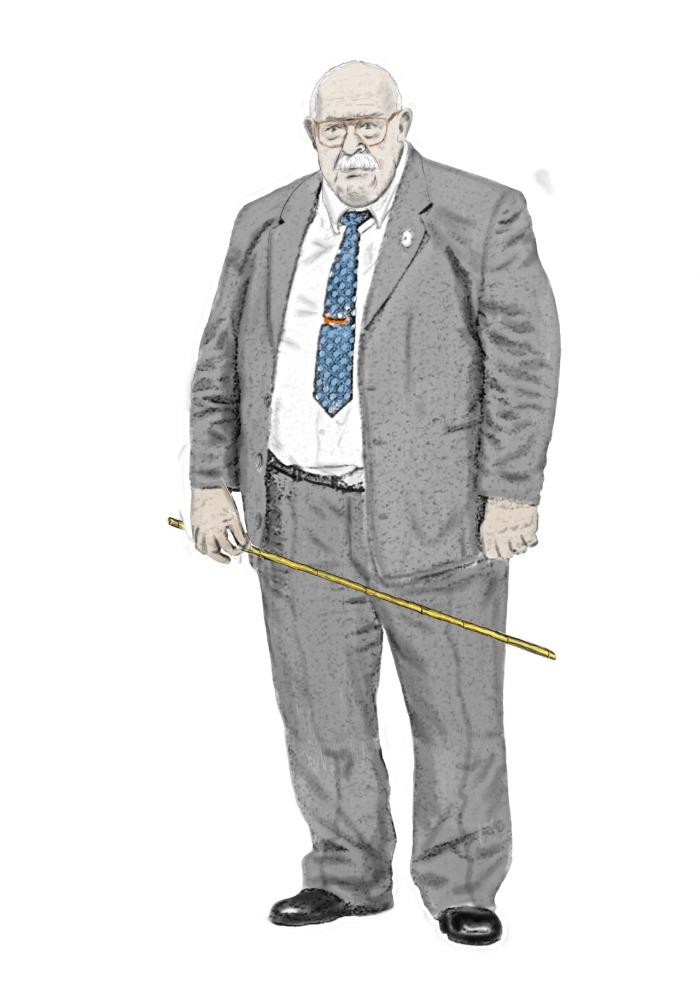 Richie told me went to the back of the chair, counted to three and “threw myself over.” I was trying not make my interest too obvious but I asked him, why he did it? Why did he let himself be beaten by this older man? He gave me that “What planet are you on?” look again. “I broke the rules. I got caught. I took my punishment,” he told me snootily. Well, I thought, back in my day if they tried that on we would have told them to go to hell and the entire student union body would’ve been on strike before the day had ended. My, how times have changed.

“I got six. Six strokes that is. They call it six-of-the-best,” he said as if speaking to a slightly backward child.

“Did it hurt?” I asked, feigning innocence. He laughed loudly, “What do you think! Of course, it bloody hurt. That’s the whole point!” I must say he seemed enormously relaxed about the whole thing. He certainly didn’t think he was the victim of some terrible outrage. I nodded sagely to encourage him to continue.

“I knew it would,” he said. “What you have to do,” he continued as if he were a veteran in such matters, “is try not to think about it. Just hold on tightly to the chair. Some students stare straight ahead and concentrate on the wall at the other end of the room. Me, I looked down at the seat cushion and studied the dent somebody’s arse had made in it.”

I wriggled in my chair imagining the scene in the Dean of Discipline’s office. Richie bent across the back of the chair. His head is low and his bottom is high. I suppose his legs are set apart and his knees held straight. He didn’t say but I wonder if the Dean of Discipline took some time smoothing the seat of Richie’s trousers; so there were no creases. He would have wanted them to be as tight as a drum. Did he move the tail of Richie’s jacket away from the target area? Was he wearing a jacket? Perhaps he only had on a shirt. Would it ride up away from the waist of his trousers, exposing a patch of bare flesh on his lower back.

Richie continued talking, he was almost evangelical, “You have to stay there and take it. Let him get on with it. Close your eyes and grit your teeth. Try not to jump about. Keep quiet, don’t scream and holler.”

I nodded agreement, perhaps a little too vigorously and he might have thought I was mocking him. “Of course, you’ve never been caned,” he said scathingly. I raised my hand to my mouth and covered a sly smile. “Six,” he reiterated, “Six strokes. He was a master. He got them all to land right next to each other. In a strip. It was like he pressed a red hot poker into my bum,” his eyes watered at the memory. “I didn’t yell. It was touch and go I tell you.” He was clearly inordinately proud of his fortitude.

“Couldn’t sit down for a week, I suppose,” I laughed. He was relaxed and shared in the joke. “I had these big welts right across my arse. Stayed about a week. The guys have got pictures of it somewhere.” That was the end of his story. There wasn’t much more that could be said. With my heart racing and short of breath, I made a pot of coffee and we drank in companionable silence.

Not too old to be spanked by grandad

One thought on “A right caning”