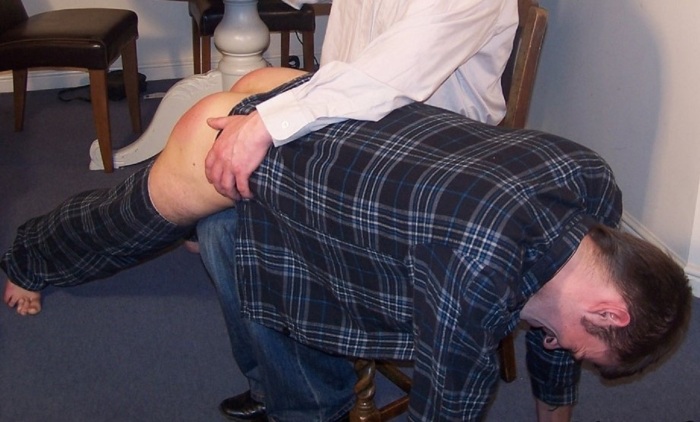 Mr. Rouke stared down at the letter as he fingered buttered toast into his mouth. Brocklehurst University, Registrar’s Office. Addressed to his son. He didn’t need X-ray eyes to tell its contents. The Christmas vacation was here. Examinations had been taken, results released.

He licked a drop of butter from his lips and picked up his tea cup. Why would they be writing to Jimmy, he wondered. The results would have been put online ages ago, before the students set off for their homes.

It could only mean one thing. Trouble. He looked at the carriage clock. Nearly eight o’clock, he must leave for work soon. He really didn’t want this hanging over him all day. He strode to the bottom of the stairs. “Jimmy!!” he called.

His wife’s face appeared over the upstairs banister. “He’ll still be in bed. Asleep most likely.”

“Mr. Rouke’s face contorted. “What time did he get in last night? Or do I mean this morning?”

His wife shrugged her shoulders; she knew her husband didn’t really want an answer.

“Doh. Wake him up. Tell him to get down here straight away.” He returned to the dining room, poured a second cup of tea and waited. From a distance he heard voices. Jimmy was resisting.

“James! Get down here now!” he called from the stairs . “Don’t make me have to come up!”

James. That’s what did it. Dad only called him James when he was angry with him. Better not make matters worse. The bedroom door opened and with bleary eyes Jimmy appeared. He wrapped the jacket of his pyjamas around his body. There was a nip in the air. “Wossup!” he called from the top of the stairs.

“Get down here, you’ll find out soon enough,” his Dad said sullenly. “Hurry up about it. Some of us have got work to go to.”

Jimmy padded down the carpeted stairs. The pile felt warm beneath his bare feet. He entered the room, “Wossup,” he said a little more softly this time, sensing trouble.

“That,” Mr. Rouke nodded at the letter on the table. “Why’s the university writing to you?”

“Oh, um, nothing, everyone gets one,” Jimmy blustered, his face blanching. He reached over to pick it up. “Not so fast, open it,” Dad grabbed the letter and handed it across to the eighteen-year-old. He didn’t need to be a detective to know the envelope contained bad news.

They had argued at midterm. Jimmy’s results had been appalling. He was headed for failure. Too much time spent at the Student Union, not enough in the lecture hall and library.

Jimmy’s hands shook as he tried to get a corner of the envelope’s flap to rip the letter open. There would be no escaping the consequence. At last, the envelope open, he withdrew the single sheet. His pale face darkened as he scanned the heading.

“Give it here,” his Dad snatched it from his grasp. “What’s it say?” he read swiftly. There were not many words. The heading summed it up perfectly. “Notice of Impending Failure.” A grade-point-average of less than two: courses would have to be resit.

Mr. Rouke sucked in breath. He wasn’t trying to quell his anger. He was angry. He wanted to be angry. It was costing a fortune to send his layabout son to university. What a waste. He looked up at his son. Jimmy cowered. His father stood between himself and the door. There was no escape.

“Right.” Mr. Rouke strode forward, picked up an armless dining chair and turned it towards him. Then, he reached across and gripped Jimmy by the wrist. “No Dad, no,” his son moaned.

“Pah!” Mr. Rouke ejected a puff of wind through almost clenched teeth. He sat on the chair and tugged his son face down across his lap. “No, Dad, no,” Jimmy wailed, “I’m too old for this.”

The teenager wriggled from left to right as his Dad gripped the elasticated waist of his pyjama bottoms and with two tugs had Jimmy’s buttocks exposed. “You’ll be too old when you have learned to be a responsible adult,” he growled as he spanked his rough palm across the boy’s bare bottom.

“No, no, no,” Jimmy writhed, kicking his legs, head bucking. Dad had a firm grip of the boy and he was going nowhere. Not until Dad had purged his annoyance. After a few dozen spanks, Jimmy’s bottom had turned a deep pink. “Ha!” his Dad stopped hammering his palm into the boy’s bum.

“This is no good,” Dad’s hand was hurting much more than his son’s bottom. “Get up.” He released his grip and Jimmy shot to his feet and bent down to pull up his pyjamas. “Leave them!” The intensity of the command startled Jimmy. “Leave them. Stand there. Don’t you dare move,” Dad  snarled and hurriedly left the room.

Jimmy stood, pyjamas at his feet, his cock and balls dangling, and watched Dad’s departing figure. What had he gone to fetch? His slipper? Mum’s hairbrush perhaps? He didn’t have to wait long to find out. Almost immediately, Dad returned. Jimmy blinked in disbelief and took a step backwards as Mr. Rouke re-entered the room.

“B.. b..” Jimmy was dumbfounded. Under his arm, Dad held an thick, whippy authentic crook-handled rattan school cane. “B.. b..” Jimmy tried again but no words would come.

Dad smiled sardonically, “I bought it on eBay, after out little talk at midterm. I thought it might be needed.” He slipped the cane into his hand and wobbled it at Jimmy. Then he swiped it through the air. Jimmy who had never seen a cane before – they had been banned from schools thirty years ago – watched transfixed. Then Dad took the cane between his hands and flexed it. It was extremely flexible. Then, as a final flourish, Dad swished it once more. Jimmy’s throat dried. It was a mightily effective rod and there was no doubt what Dad intended to do with it.

Dad moved forward, gripped Jimmy by the arm and propelled him across the room. With the pyjamas at his ankles, the eighteen-year-old shuffled like a penguin. They reached the table where Dad released his grip and simultaneously pushed his son in the back. He fell face down across the table. It was oblong-shaped and Jimmy’s torso fitted it snugly. Dad pushed his arm into the small of the boy’s back. “Don’t you dare move.” Still holding his son, Dad raised the cane and whipped it across the centre of his buttocks. A dark pink line immediately appeared. Jimmy howled.

What followed wasn’t pretty. This was not a scene with a boy submitting himself like a gentleman for a caning. He did not hold his bottom high for deserved lashes from the rod. There was no ritual; no shake of the hand at the end between punished and punisher. No “thank-yous” from a boy who knew he had done wrong and deserved his punishment.

Instead, we had one stroppy teenager, howling, fighting, swearing as his furious father lashed the cane at the struggling buttocks in the best way he could. Most swipes met their intended target; a few did not. That was why Jimmy had so many red marks across the back of his naked thighs. The pain there was excruciating; for this is a far more sensitive area than the buttocks. Ironically, had Jimmy been a more experienced receiver of the cane, he would know the best way to endure a beating is through stoicism: offer up your bum, let the master do his business and take it as best you can. Six evenly delivered strokes across proffered buttocks (clothed or naked) will hurt (a lot), but that pain is as nothing compared to the agony of lashes delivered to all parts of the legs and body. Who was it said that God made the buttocks for spanking?

Jimmy’s howls were awesome. He would live to regret not taking his punishment quietly, like a man. As Dad whipped and Jimmy hollered, Dan, an ex-school pal of the boy’s, pulled up outside in a delivery van. Christmas was a busy time, and there was none to waste. He took his package and skipped up the garden path. As he opened the door to the porch he heard the yelling. And who could not? Intrigued, he followed the noise. He didn’t have far to go. The window was two metres away.

He stared, possibly open-mouth. A grin split his face. What joy. For this was Jimmy Rouke, a boy at school who had made his life a torment. Queer this, poofter that. He never let off. Dan reached for his phone, found the right app and held it close to the window.

That night the video was shared countless times by Jimmy’s pals. After Dan uploaded it to boyzblazingbuttz it clocked up 250,000 views before Christmas.

Revenge, they say is a dish best served cold.